Thanks to Andy for sending his RSD Big Chief V2 custom build!

This is his build, in his own words:

I bought a Canadian designed RSD Big Chief V2 frame on Black Friday a year ago and then built it up over winter.

I bought a Manitou Magnum Comp 29+ 120mm fork and Shimano XT M8000 brakes that were both new takeoffs.

Then had WTB KOM Tough i40 wheels laced up to Shimano XT hubs with Teravail Coronado 29×2.8s wrapped around them from one LBS (Cyclepath)

From my other LBS (Gravity Sports) I bought a mostly SLX 12 speed drive train but with the XT double upshift shifter which I don’t think I would ever go away from now that I’ve ridden it. The rest of the parts were used or stuff I had laying around already.

I ride it mostly in Southeast Alberta on 670 Collective trails in Redcliff or Elkwater, but it has been to Banff and Canmore for a weekend as well.

If you have a Hardtail you’d like Canada to see, use the form below! 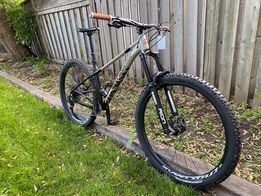 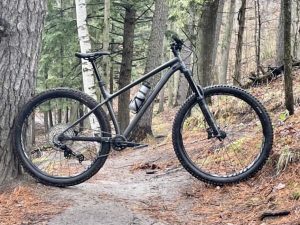 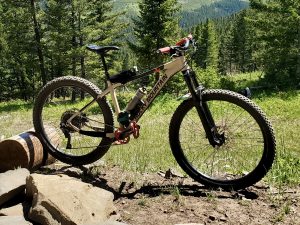 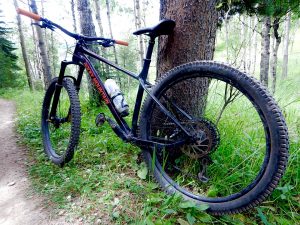 Hardtail Mountain Bike: Why You Should Ride One